AntiPolygraph.org has obtained a copy of the National Center for Credibility Assessment’s documentation of the polygraph screening technique “used by federal law enforcement agencies during the pre-employment process.”

The 23-page document, dated 3 March 2016, provides instructions for administration of the so-called “Law Enforcement Pre-Employment Test” (LEPET), to which applicants for employment with such agencies as the FBI, DEA, ATF, and U.S. Secret Service are subjected.

In 2004, AntiPolygraph.org published an earlier version of this document, dated January 2002, which remains available. The LEPET manual has changed little since this earlier version.

When we first published this document, then recently retired FBI supervisory special agent, scientist, and polygraph expert Drew Campbell Richardson observed regarding it:

The LEPET manual will remain of great interest to anyone seeking employment with a federal law enforcement agency with a polygraph screening requirement.

Marisa Taylor reports for McClatchy DC that a federal jury has awarded $4,000,000 to nine former employees of Metropolitan Interpreters and Translators, a Drug Enforcement Agency contractor, who were compelled to take lie detector tests in violation of the 1988 Employee Polygraph Protection Act. Excerpt:

WASHINGTON — A federal jury awarded $4 million to nine former translators after they were forced at the behest of the Drug Enforcement Administration to undergo illegal lie-detector tests.

The San Diego jury determined that a DEA contractor, Metropolitan Interpreters and Translators Inc., should be required to pay damages to its former translators in a rare rebuke of the federal government’s reliance on lie-detector tests. The verdict on Tuesday comes after a federal judge determined the tests violated federal law and the DEA separately agreed to pay $500,000 to settle the lawsuit, although the translators were contract workers.

“This case showed that the polygraph is unreliable, especially when it’s administered in this way,” said Gene Iredale, the attorney for the plaintiffs. “The case also suggested discrepancies in how the DEA relied on polygraph.”

The jury was only determining whether Metropolitan should be required to pay damages, not the DEA. Even so, the jurors concluded that 40 percent of the “non-economic” damages was caused by the DEA and 60 percent by the company. As a result of the shared liability, the translators may only be entitled to less than the $4 million. The jury also considered adding to the award by levying punitive damages, which it declined to do on Thursday.

An employee who answered the phone but declined to identify herself said Metropolitan would not be commenting. The company provides translation services to private companies, law enforcement and government agencies. It has offices in New York, Miami, Los Angeles, San Diego, Atlanta and Washington.

The contract employees had translated Spanish conversations collected during court-authorized wiretapping of the DEA’s criminal suspects. Metropolitan fired them after they failed or refused to take the polygraphs that the DEA had demanded.

Last October, however, a federal judge ruled that by mandating the tests the company violated a 1988 law banning most private employers from requiring polygraphs.

Requiring employees or job applicants to take lie-detector tests is controversial because of scientific questions about the reliability of the technique and complaints that it’s too invasive. Most criminal courts do not permit polygraph results to be used as evidence against criminal suspects because of doubts about whether the tests can actually determine if someone is lying.

McClatchy reporter Marisa Taylor reports that a federal judge has found Metropolitan Interpreters and Translators liable for violation of the Employee Polygraph Protection Act, which restricts the use of polygraphs and other purported “lie detectors” by non-governmental employers. Excerpt:

WASHINGTON — At the behest of the Drug Enforcement Administration, a leading court translation service forced its employees to take lie-detector tests in violation of federal law, a federal judge has found.

U.S. District Judge Jeffrey Miller concluded that the New York-based company, Metropolitan Interpreters and Translators Inc., was liable for requiring nine translators in San Diego to take what they described as highly invasive polygraph tests to keep their jobs as contractors with the DEA.

The ruling paves the way for a trial in which a jury will determine how much the company will have to pay in damages. Miller also found the company’s vice president, Joseph Citrano, liable. Five other translators already have settled with the company.

The decision, which was issued Oct. 24, comes after the DEA agreed to pay the 14 plaintiffs a total of $500,000 to settle the lawsuit. The contract employees translated Spanish conversations collected during court-authorized wiretapping of the DEA’s criminal suspects. Metropolitan fired the employees after they failed or refused to take the polygraphs.

A 1988 law banned most private employers from polygraphing their workers because of scientific questions about the technique’s reliability and after accounts of employer abuses.

“This ruling shows companies are responsible for their own actions when they violate the law,” said San Diego lawyer Gene Iredale, who represented the plaintiffs. “It also shows courts are ready, willing and able to enforce this law.”

The Employee Polygraph Protection Act of 1988 still allowed the federal government to polygraph its employees and applicants. It also lists certain intelligence and law enforcement agencies as permitted to test their contractors. However, it does not list the DEA.

Read the rest of the story here. 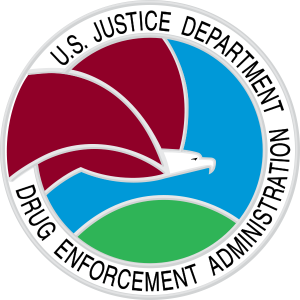 While the EPPA includes exemptions that allow individuals under contract to the FBI, NSA, DIA, and CIA, among others, to be polygraphed, no such exemption exists for DEA contractors.

The translators also filed suit against their direct employer, Metropolitan Interpreters and Translators, Inc., and that legal action remains ongoing with respect to nine plaintiffs. An April 2012 statement of claim in that litigation may be downloaded here. One translator’s polygrapher asked her “if she had engaged in sexual activity with animals” and another’s polygraph examination “included a question regarding his sexual conduct and whether he cheated on his partner.” 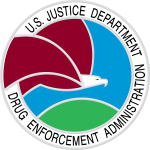 San Diego City Beat staff writer David Maass reports on the case of 10 translators formerly employed by Metropolitan Interpreters and Translators, a company that provides services to the Drug Enforcement Agency among other federal agencies. The translators were terminated for either failing, having inconclusive results on, or refusing to submit to, polygraph interrogations conducted by DEA polygraph operators. In a federal lawsuit, attorneys for the translators allege (convincingly, in AntiPolygraph.org’s view), that Metropolitan violated the Employee Polygraph Protection Act, which severely restricts the use of polygraphs by private companies. The DEA itself and individual DEA employees may eventually be added to the list of defendants in this case.

The FBI and three other Justice Department components are conducting over 16,000 polygraph tests a year, even though they have no uniform standards for administering them, the department’s inspector general reported Monday.

The FBI requires job applicants and employees in sensitive positions to pass polygraphs as a condition of employment, even though their scientific basis and reliability have been sharply challenged in the past decade.

More than 49,000 polygraph examinations were conducted by the FBI, the Drug Enforcement Administration (DEA), the Bureau of Alcohol, Tobacco and Firearms (ATF) and the office of the Inspector General (OIG) itself during that period, the report said.

Thousands more polygraph examinations –by the CIA, the military services, Pentagon agencies or other Justice Department components that do not have their own programs, such as the Bureau of Prisons and the U.S. Marshals Service–are conducted annually on subjects as varied as job applicants, employees, contractors, confidential sources and even participants in the Witness Protection Program.

In 2004, the Justice Department’s Management Division concluded that without a uniform standard, agencies under its jurisdiction should not be able to “compel Department employees to take a polygraph in a misconduct investigation.”

Two years later, only the FBI among its components has codified its policies and procedures for making an employee submit to a polygraph, the report said.

Critics were quick to point out that the polygraph examinations can give the FBI a false sense of security.

Such infamous turncoats as the CIA’s Aldrich Ames and the FBI’s Robert Hanssen, both of whom spied for the Russians for years, passed routine polygraph examinations, where they were asked about their loyalty to the United States.

More recently, in May, an FBI intelligence analyst with a top secret clearance pled guilty in May to spying for Philippines officials.

Leandro Aragoncillo, who joined the FBI in 2004 after 21 years in the Marines, which included a stint in the office of the vice president, would have been asked about any unauthorized use of classified documents in a standard polygraph test.

None of these cases was part of the OIG’s study, which focused on the administration of polygraph programs, not the validity of the tests themselves.

For discussion of the DOJ report, see DOJ Report on Use of Polygraph Examinations on the AntiPolygraph.org message board.

Charles P. Pierce writes on pre-employment polygraph screening in the cover story of the 3 August 2003 edition of the Boston Globe Magazine. Excerpt:

Of course he was sweating.

But he didn’t want to be sweating, and he didn’t want his heart to race this way, because he knew what that did to his blood pressure, and he knew that he was in a situation here in the Boston office of the Drug Enforcement Administration.

He sailed through all the preliminary background checks and the physical test and scored in the 90th percentile on the oral examinations. And then they’d strapped him to a polygraph and asked him about any drug use, and he’d told them about when he was 16 and the joint came by at the party. He knew there were cameras on his eyes. He knew there were sensors in the seat. He gave his answer. The polygrapher looked at the machine and frowned.

There’s a problem right here with this question, the examiner told him. There were “issues” with regard to his answers about his “past drug use.” Why don’t you go out and think about what the problem might be, the polygrapher suggested gravely. That was how he came to be here, sweating, in front of all the people who knew him so well.