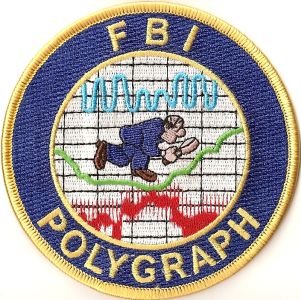 Huffington Post reporter Jessica Schulberg tells the story of a senior FBI intelligence analyst who lost his security clearance and his job over a polygraph operator’s accusation that he employed polygraph countermeasures. Excerpt:

WASHINGTON — Logan tried to stay calm as he boarded the subway to take the one-mile trip from his office at FBI headquarters to Patriots Plaza. He could have walked, but he didn’t want to risk getting sweaty or disheveled before his polygraph examination.

There was nothing to worry about, Logan told himself. During his 11 years as an FBI intelligence analyst, he had already passed two polygraphs — one when he was hired in 2003 and another in 2008. The bureau administers polygraphs to potential hires and then reinvestigates its employees every five years throughout their employment.

But as he headed to Patriots Plaza that morning in September 2014, Logan (whose name has been changed to protect his identity) couldn’t stop thinking about his polygraph results from the year before. His anxiety had taken over, and the test caught physiological reactions in response to national security questions. The examiner accused him of lying and attempting to cheat the polygraph. Logan denied both charges. The FBI scheduled a retest.

This time would be different. It had to be different, or he could lose his security clearance and his job.

But the 2014 retest got off to a bad start. Logan felt a panic attack set in as soon as the exam began. He focused on steadying his breathing and restoring his calm.

Logan’s attempts to quiet his nerves backfired. The polygrapher accused him of using a “countermeasure” ? a poorly defined term for deliberately altering one’s physiological state (by, say, sticking a thumbtack in one’s shoe) in order to hide lying on a polygraph. Logan denied the charge, but after several hours under pressure, he amended a written statement to include self-incriminating phrases he alleges were fed to him by the polygrapher. That statement was later used against him when the FBI revoked his security clearance, effectively putting him out of work. Logan appealed.

After nearly two years without pay, he is still trying to regain his clearance.

Read the rest of this important story here. In September 2105 the late Dr. Drew C. Richardson, a retired FBI scientist and polygraph critic, posted to AntiPolygraph.org the text of a declaration that he provided in support of the FBI employee in question.