Marisa Taylor reports for McClatchy on the high failure rate of the FBI’s pre-employment polygraph screening program using, among other sources, a 198-page document containing complaints of discrimination associated with the Bureau’s polygraph program. Excerpt:

WASHINGTON — Thousands of job applicants come to FBI offices all across the country every year, eager to work for the top law enforcement agency in the U.S.

But many of them have their hopes dashed, and it’s not because of their work experience or education or criminal records. They’re turned down because they’ve failed their polygraph tests.

The FBI’s policy of barring job candidates who fail their polygraph tests clashes with the view of many scientists that government agencies shouldn’t be relying on polygraph testing to decide whether to hire or fire someone. Experts say polygraph testing isn’t a reliable indicator of whether someone is lying – especially in employment screening.

Further, a little-known technical glitch in one of the leading polygraphs that the bureau and many other government agencies have used could give applicants who fail polygraphs even more reason to assert that they were inaccurately and unfairly labeled liars.

“I was called a lazy, lying, drug dealing junkie by a man who doesn’t know me , my stellar background or my societal contributions,” wrote one black applicant in Baltimore, who said he was told he qualified for a job except for his polygraph test failure. “Just because I am young and black does not automatically denote that I have ever used any illegal drugs.”

Government agencies use polygraph testing not only to weed out job applicants but also to question criminal suspects and to determine whether sex offenders are complying with psychological treatment or probation.

Although all polygraph testing is controversial, many scientists are highly critical of its use in job screening, saying it’s especially prone to inaccuracies because the questions are often more vague than they are in criminal investigations and therefore they’re more likely to provoke reactions from the innocent that might seem like deception.

Adding to the skepticism, polygraphers have documented problems with the measurement of sweat by the LX4000, a polygraph that the FBI and many other federal agencies and police departments across the country have used, McClatchy found. Polygraphers also interpret measurements of respiration and blood pressure for their decisions on whether someone is lying, but many see the sweat measurement as especially indicative of deception. The manufacturer of the LX4000, Lafayette Instrument Co. Inc., describes the problem as rare but it isn’t able to specify what that means. The company also points out that other polygraphs that use the same technology might have the problem as well.

Marisa Taylor reports for McClatchy on the close ties between some public employees with influence over polygraph purchases and polygraph manufacturers. Excerpt:

WASHINGTON — When polygrapher Walt Goodson began moonlighting for a private company, he didn’t think the law enforcement agency he worked for would care. After all, his supervisor at the Texas Department of Public Safety had worked for his company’s competitor and had approved his outside job.

But after Texas investigators found his relationship with the polygraph manufacturer to be improper partly because of his involvement in a bid, Goodson agreed it looked bad, even describing some of the company’s arrangements as “kickbacks.”

“It’s the perception of the way everybody else sees it . . . ,” he told a Texas Department of Public Safety investigator in 2008. “It stinks.”

Public employees are supposed to avoid conflicts of interest such as Goodson’s because they could give a company an unfair advantage over competitors or create a greater expense for the public agency that’s buying a product. Even so, Goodson is one of 14 current or former law enforcement officers across the country who’ve been described by Lafayette Instrument Co. Inc. as dealers over the last six years, McClatchy has found. The officers’ listed sales territories have covered 22 states.

The Indiana-based company also has fostered strong ties with U.S. and international schools that train government polygraphers and with the professional organization that in turn certifies those polygraph schools. Goodson, for instance, no longer is listed as a dealer, but he now heads the ethics committee of the American Polygraph Association. Six other Lafayette dealers or consultants are listed as holding positions with either that organization or the American Association of Police Polygraphists. Seven directors of U.S. polygraph schools are listed as Lafayette representatives.

Their polygraphs also are becoming more popular abroad. In 2010, the State Department awarded the company a noncompetitive bid worth almost $2.4 million for 318 machines to be used by Mexico for its U.S-funded anti-corruption efforts. Lafayette lists dealers who head international polygraph schools, including one in Mexico.

Such relationships raise questions about the profession’s ability to assess criticism of the polygraphs. Lafayette manufactures the LX4000, which has been described as having a technical problem that can lead to inaccurate sweat measurements that may alter the outcome of a polygraph test, McClatchy has found. The problem can occur in other machines that use the same technology, but it hasn’t been thoroughly or independently studied.

McClatchy has obtained the record of a personnel complaint filed against Goodson by the Texas Department of Public Safety. Goodson ultimately received three days off duty without pay as a disciplinary action. See “Polygraph World’s Close Ties Spark Accusations of Favoritism” for the rest of the story.

WASHINGTON — Police departments and federal agencies across the country are using a type of polygraph despite evidence of a technical problem that could label truthful people as liars or the guilty as innocent, McClatchy has found.

As a result, innocent people might have been labeled criminal suspects, faced greater scrutiny while on probation or lost out on jobs. Or, just as alarming, spies and criminals may have escaped detection.

The technical glitch produced errors in the computerized measurements of sweat in one of the most popular polygraphs, the LX4000. Although polygraphers first noticed the problem a decade ago, many government agencies hadn’t known about the risk of inaccurate measurements until McClatchy recently raised questions about it.

The manufacturer, Lafayette Instrument Co. Inc., described the phenomenon as “occasional” and “minor,” but it couldn’t say exactly how often it occurs. Even after one federal agency became concerned and stopped using the measurement and a veteran polygrapher at another witnessed it repeatedly change test results, the extent and the source of the problem weren’t independently studied nor openly debated. In the meantime, tens of thousands of Americans were polygraphed on the LX4000.

The controversy casts new doubt on the reliability and usefulness of polygraphs, which are popularly known as lie detectors and whose tests are banned for use as evidence by most U.S. courts. Scientists have long questioned whether polygraphers can accurately identify liars by interpreting measurements of blood pressure, sweat activity and respiration. But polygraphers themselves say they rely on the measurements to be accurate for their daily, high-stakes decisions about people’s lives.

“We’re talking about using a procedure that has a very weak scientific foundation and making it worse,” said William Iacono, a University of Minnesota psychology professor who’s researched polygraph testing. “I already don’t have very much confidence in how government agencies conduct these tests. Now, they might as well be flipping a coin.” 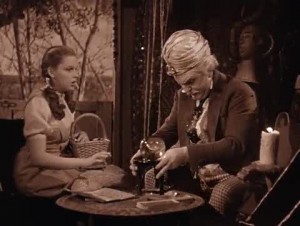 Indeed, given polygraphy’s lack of scientific underpinnings, the issues with the LX4000 may have much the same effect on the accuracy of polygraph chart readings as imperfections in crystal balls have on the accuracy of fortune-tellings. Emeritus professor of psychology John J. Furedy has likened polygraphy to the ancient divination ritual of entrails reading, and retired FBI supervisory special agent Dr. Drew Richardson has observed that polygraphers are involved in the detection of deception “to the extent that one who jumps from a tall building is involved in flying.”
Nonetheless, the fact that the federal government has evidently done nothing to address the issue, which has potentially affected thousands of polygraph examinations of applicants, employees, intelligence assets and informants, as well as criminal suspects and those subject to post-conviction polygraph screening over the past decade is testament to a polygraph community that has little interest or concern about the scientific integrity (or lack thereof) of its practices and procedures.
Read the full article, which is meticulously researched and documented, here.