AntiPolygraph.org has previously reported and commented on U.S. government efforts to foist the pseudoscience of polygraphy on other countries and on local employees at U.S. diplomatic facilities. For example:

Now, for the first time, a victim of such efforts has publicly shared his story with AntiPolygraph.org. An officer in the Afghan Ministry of the Interior who specialized in anti-corruption eforts relates, among other things, how he and some 40 of his colleagues had their careers arbitrarily sidelined in 2018 when they were required to submit to polygraph screening conducted at the U.S. embassy in Kabul. His statement helps to document the ongoing harm caused by America’s stubborn reliance on this pseudoscience. See the Polygraph Statement of Sherzai Sulimany. 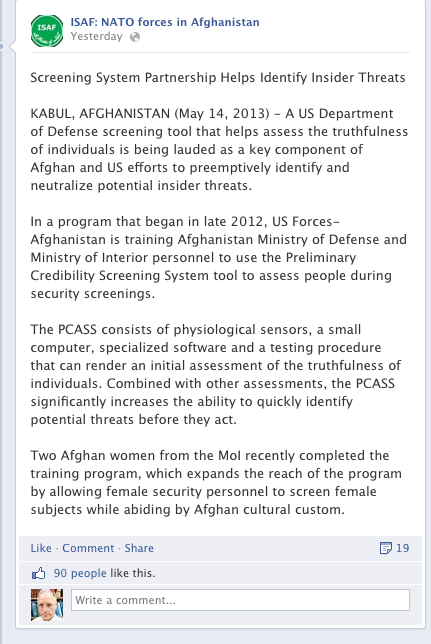 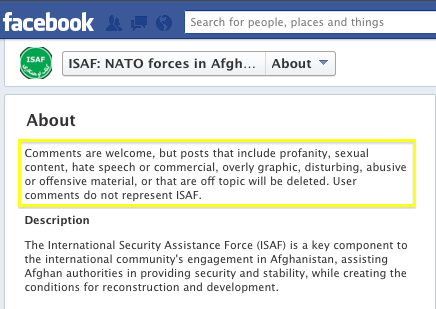 Who’s afraid of a polygraph test? Not Afghanistan’s most notorious reputed drug lord, who is on the CIA payroll.

Jeff Stein reports in his Washington Post SpyTalk column that a secret State Department cable recently published by Wikileaks reveals that Ahmed Wali Karzai, the half-brother of Afghan president Hamid Karzai, wanted a polygraph test to clear himself of narcotics allegations. The relevant paragraph of the cable, dated 25 February 2010, is this:

Drug Trafficker: Where is the Polygraph?
—————————————-
¶7. (S//Rel NATO, ISAF) Unprompted, [Ahmad Wali Karzai] raised allegations of his involvement in narcotics, telling the [U.S. Senior Civilian Representative Frank Ruggiero] that he is
willing to take a polygraph anytime, anywhere to prove his
innocence and that he has hired an attorney in New York to
clear his name.  He suggested that the coalition pay mullahs
to preach against heroin, which would reduce demand for poppy
cultivation.  AWK dismissed the narcotics allegations as part
of a campaign to discredit him, particularly by the media,
saying the allegations are “like a spice added to a dish to
make it more enticing to eat.”

The document does not indicate whether the United States government took Karzai up on the offer. That Karzai, reputedly the wealthiest narcotics trafficker in Afghanistan, is not afraid of a polygraph “test” about whether he is involved in narcotics trafficking should give the U.S. Government pause about its continued reliance on polygraphy, which has no scientific basis and is vulnerable to simple countermeasures that anyone can learn.

Perhaps this Afghan drug lord on the CIA payroll understands more about polygraphy than the CIA does.