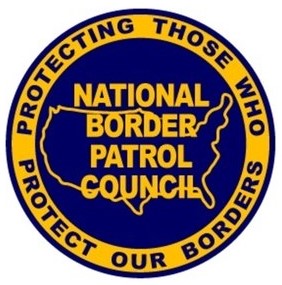 The U.S. Border Patrol is facing criticism for the way it administers polygraph exams on would-be hires. The agency has fielded complaints from applicants, members of Congress and the agency’s union.

Customs and Border Protection was required to give polygraphs six years ago to all of its applicants for front-line jobs. That includes port inspectors and Border Patrol agents. Officials say the test was implemented to weed out corruption in the ranks.

The agency’s also under pressure by Congress to hire 1,300 more Border Patrol agents. Critics say what they see as a heavy-handed polygraph examination is hurting those recruitment efforts.

“They’re supposed to be doing the polygraph testing, doing the report and then they send it through, but that’s not what’s happening, at least not in Tucson sector,” said Art Del Cueto, president of the agency’s union in Tucson.

Rather than passing the results of the polygraph on, in the Tucson sector, Del Cueto says one person was made responsible for administering the lie detector test and deciding whether or not to fail an applicant.

“What’s been happening in Tucson sector, is that the individual who’s been doing the polygraph test, he’s acting like the judge, the jury and the executioner,” he said.

The issue has come up before. Republican Rep. Martha McSally chairs the House’s Border and Maritime Security Subcommittee and grilled CBP last April.

“We have heard several anecdotal horror stories of decorated combat veterans who, for some reason, were unable to pass this polygraph coupled with some bizarre-sounding behavior on behalf of some of the polygraph examiners,” McSally said.

A CBP official said their program follows federal standards and said polygraph examiners are monitored on a daily basis and their audio recordings are checked.

Del Cueto read from one complaint, a woman who recently failed her CBP polygraph exam and sent him an email about it.

“He told me that my readings were similar to that of a Russian spy. Or someone that had been very carefully trained. I asked him what was the cause of failure. And he stated I failed for drugs and for falsifying my application. He also told me that he knew I was lying as they already had information about me in the criminal database. He stated that this was known since I arrived at the office. I told him that was not accurate and he said it doesn’t matter,” he read from the email.

The writer of the email also said the examiner shared past lie detector stories with her.

“He then said he knew I manipulated the machine and there were so many ways I could have done it, like curl my toes, count backwards, etc., etc.,” Del Cueto said.

CBP declined an interview about the allegations made against its polygraph examiner in Tucson. A spokesman emailed a list of bullet points on the agency’s polygraph policies, but did not answer questions about those policies.

According to the union, 80 percent of those who fail polygraph exams in Tucson go to work for other law enforcement agencies who administer their own polygraph exams.

Art Del Cueto also spoke about CBP polygraph policy on Episode 84 of the NBPC’s Green Line podcast (beginning at about 12:40), which was released on 30 June 2016.

AntiPolygraph.org has also received numerous reports of abusive behavior by CBP polygraph operators, including both false accusations of deception and false accusations of polygraph countermeasure use. See, for example the many comments on our March 2010 post, Customs and Border Protection Polygraph Failure Rate Pegged at 60% (the failure rate has increased since then) and the message board discussion threads, CBP POLYGRAPH EXPERIENCE – FAILURE, Part of the 60% failed Border Patrol applicants, and CBP-BPA polygraph failed.

See also the 2015 statement of “Al,” who applied for CBP employment and was falsely accused of deception about having committed a serious crime.

We invite other CBP applicants wrongly accused of deception and/or countermeasure use to contact us.