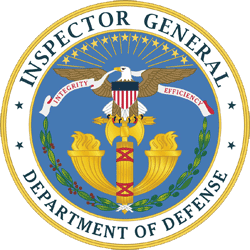 On Friday, 21 September 2001, the Defense Intelligence Agency’s senior analyst for Cuban affairs, 16-year veteran Ana Belen Montes, was arrested and charged with conspiracy to commit espionage for Cuba. News that Montes had beaten the polygraph while spying for Cuba was first reported here on AntiPolygraph.org by one of our forum members. That Montes beat the polygraph is confirmed by retired DIA counterintelligence investigator Scott W. Carmichael, who writes “She had successfully completed DIA’s counterintelligence scope polygraph examination in March 1994, seemingly with flying colors.” ((Carmichael, Scott W. True Believer: Inside the Investigation and Capture of Ana Montes, Cuba’s Master Spy. Naval Institute Press, 2007 at p. 41.))

More recently, it has been revealed that Montes and a friend, Marta Rita Velázquez, received training in polygraph countermeasures in Cuba before Montes started working for the DIA in 1985. Montes is currently serving a 25-year prison sentence.

The Department of Defense’s Office of the Inspector General conducted a review of the Montes case and on 16 June 2005 produced a top secret report titled, “Review of the Actions Taken to Deter, Detect and Investigate the Espionage Activities of Ana Belen Montes.” An unclassified version of the report (15 MB PDF) with major redactions has been publicly released.

The DoD IG reviewed over 250,000 pages of documentation ((See p. 2 of the report, p. 14 of the PDF file.)) but evidently failed to review the National Academy of Science’s (NAS) 2003 landmark report, The Polygraph and Lie Detection, which concluded, among other things, that “[polygraph testing’s] accuracy in distinguishing actual or potential security violators from innocent test takers is insufficient to justify reliance on its use in employee security screening in federal agencies.” The NAS report is nowhere mentioned in the Montes review.

The Montes review makes several recommendations with respect to polygraph policy. In short, it calls for more research into polygraph countermeasures, retention of polygraph charts for 35 years, and requiring polygraph screening for everyone at DIA.

Faced with a Cuban spy who beat the polygraph, DoD consulted not the scientific literature on polygraphy, but rather turned to those with the most to hide — the federal polygraph community — and decided that more polygraphs is the answer.

Indications of a spy’s presence [within the DIA] were manifest. There was the CIA’s persistent difficulty in running Cuban agents. It seemed that every operation was doubled back against the CIA by an incredibly effective Cuban Intelligence Service as agent after agent defeated CIA polygraph examinations. ((True Believer, p. 29.))

One of the Cuban spies who beat the polygraph was the late Nicolas Sirgado, who beat a polygraph test administered by now retired CIA polygrapher Alan B. Trabue.

The DoD IG’s decision to ignore the science on polygraphs was presaged by a 2002 memorandum on polygraph policy by then Assistant Secretary of Defense John P. Stenbit, who completely disregarded the National Academy of Sciences’ key finding that reliance on polygraph screening is unjustified, and even dangerous to national security.

By systematically ignoring the science on polygraphs and instead increasing its reliance on the pseudoscience of polygraphy, DoD has shortchanged national security.

Below are the DoD IG’s specific recommendations regarding polygraph policy:

(ii) (U//) Develop comprehensive polygraph  standards for the DoD polygraph community to increase the effectiveness of polygraph countermeasures [sic].

(iii) (U//) Establish a comprehensive polygraph countermeasures course at the DoD Polygraph Institute that requires all DoD polygraph examiners to attend the course within 1 year of graduation from initial polygraph training and thereafter requires them to attend refresher training at least biennially.

(iv) (U//) Direct all DoD polygraph programs to report to the DoD Polygraph Institute all polygraph examinations in which countermeasures are confirmed.

4 (U//) We recommend that the Deputy Under Secretary of Defense for Counterintelligence and Security continue working with Congress to change DoD polygraph provisions in 10 U.S.C. section 1564a, and, once the law is changed, to advise us of the update to DoD Directive 5210.48 and DoD Regulation 5210.48-R. ((p. 86, p. 98 of PDF.))

6 (U//) We recommend that the Under Secretary of Defense for Intelligence direct all DoD entities with polygraph programs to digitize and retain for a minimum of 35 years all Counterintelligence Scope Polygraph examination charts. ((p. 91, p. 103 of PDF.))