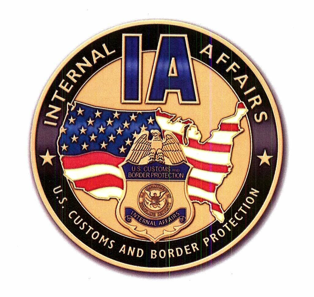 In a memo nominating his friend and colleague Special Agent Fred C. Ball for a polygraph association award, U.S. Customs and Border Protection polygraph unit chief John R. Schwartz claimed that “[Operation Lie Busters] revealed that sophisticated countermeasures can be routinely identified when all best practices are employed, including proper training of examiners and stringent Quality Control.” Operation Lie Busters is a criminal investigation initiated by the CBP polygraph unit that sought to entrap individuals offering instruction to the public on how to pass or beat a polygraph test.

On the contrary, in each of the 65 confirmed countermeasure cases, the examinee admitted to or engaged in activity indicating that he or she lacked a sophisticated grasp of polygraph procedure, such as dissociation, moving arms, legs, or hands, taking deep breaths, or targeting irrelevant questions. In one particularly egregious case (13-11886), an applicant who stated that he “thought of a ‘positive image’ such as his daughter’s face after answering questions and while awaiting the next question” was chalked up as a “confirmed countermeasure case” (and presumably barred from CBP employment).

The evidence of these case files is entirely consistent with the statement in a 2010 polygraph community training presentation that the notion that polygraph countermeasures are easy to detect and ineffective against an experienced examiner is fiction, and that it is a fact that “[i]t is easy to make realistic reactions” and that “[i]t is difficult to detect [countermeasures] when skillfully applied by trained subjects”: 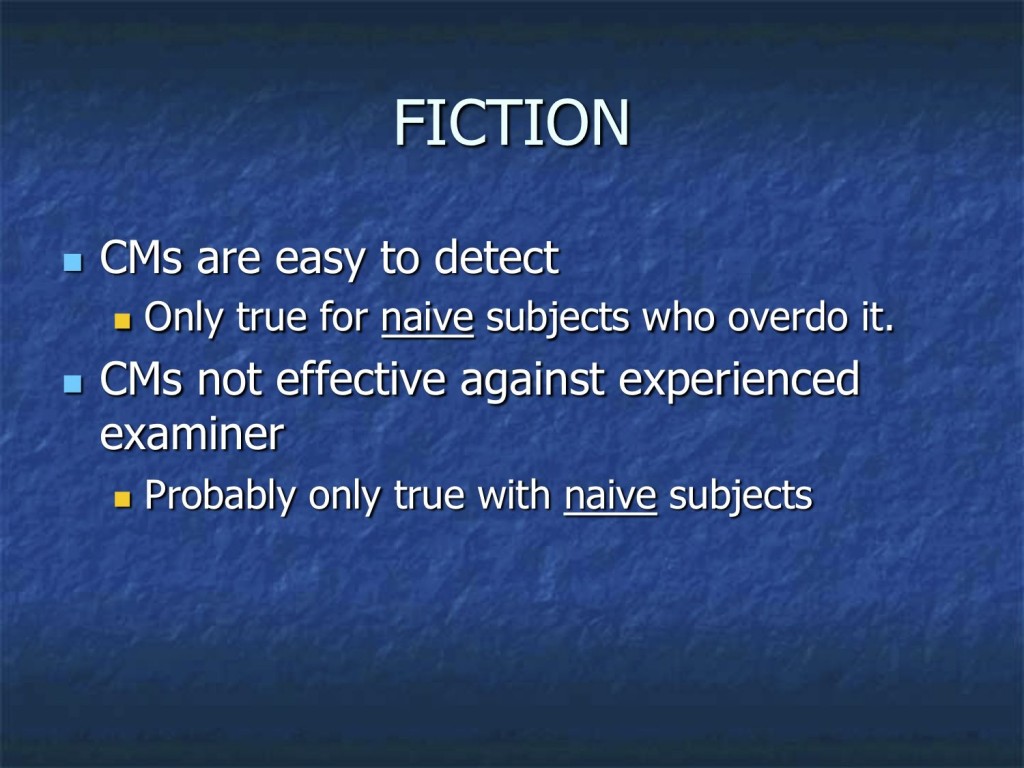 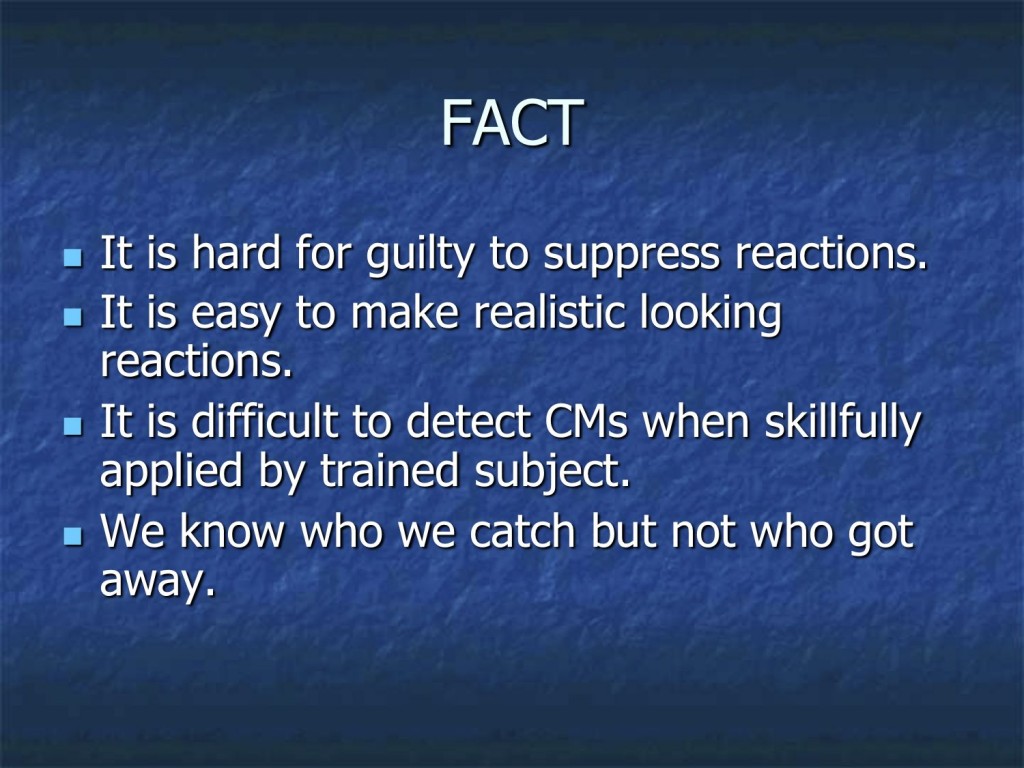 There is no evidence that Operation Lie Busters has resulted in any increased ability to detect polygraph countermeasures. Indeed, if sophisticated countermeasures could be routinely identified, there would have been no need for federal investigators to construct and circulate a polygraph watch list based on customer records seized from Doug Williams and Chad Dixon, an Indiana electrician also targeted in the investigation. Indeed, there would have been no perceived need for Operation Lie Busters at all.

The federal government’s inability to detect sophisticated countermeasures helps to explain its decision to target Williams, a former police polygraph examiner who has been teaching individuals how to pass or beat the polygraph since 1979, for entrapment and prosecution. Jury selection in his trial is scheduled to begin on Tuesday, 12 May 2015.

Instead of seeking to suppress the public’s knowledge and understanding of polygraph procedure and countermeasures, and to imprison those who make such knowledge available, the United States Government should terminate its misplaced reliance on the pseudoscience of polygraphy. Make-believe science yields make believe security.