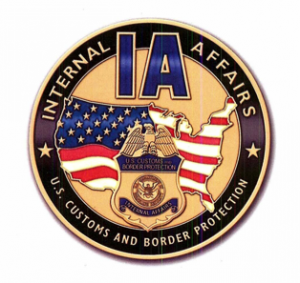 I am pleased to present this five-year report which details the successes the employees of the Office of Internal Affairs (IA) have achieved during fiscal years 2008 through 2012. The accomplishments described in this report highlight the dedication and commitment of every IA employee who performs his or her duties in an exemplary manner in support of CBP’s mission to secure our nation’s borders while fostering legitimate travel and trade.

Five years ago, the Credibility Assessment Diivision (CAD) existed only as a vision in the minds of CBP leadership. Faced with unprecedented hiring surges designed to secure our nation’s borders, and the knowledge that rapid expansion of law enforcement agencies had historically caused a dramatic increase in corruption within those agencies, IA requested authority to establish a polygraph program within CBP-IA. With support from the Commissioner, IA obtained the required authority from OPM to begin a polygraph pre-employment screening program for applicants for CBP law enforcement positions.

In January 2008, the first 12 newly-hired certified polygraph examiners arrived at the National Center for Credibility Assessment (NCCA) to train on the LEPET polygraph format, which was designed for law enforcement screening. In February 2008, CAD deployed its first operational mission to Dallas, in collaboration with PSD, several HRM components, and Border Patrol.

The first independent inspection of CBP’s polygraph program by NCCA’s Quality Assurance Program provided an in-depth look at 118 functional and operational CAD criteria. The inspection team concluded their review with no derogatory findings, and affirmed the strong foundation upon which the CBP polygraph program had been established.

The biennial inspection by NCCA’s Quality Assurance Program again identified no derogatory findings of weaknesses or flaws in the CAD polygraph program. To the contrary, three areas of “strength” were identified (two quality control program management areas and polygraph program statistics regarding admission/confession rate). This was an unprecedented finding that established CBP as the leader among the 26 federal agencies with a polygraph capability.

AntiPolygraph.org is interested in hearing from federal polygraph examiners regarding CBP-IA’s status as “the leader among the 26 federal agencies with a polygraph capability.” Comments may be posted below, anonymously if you prefer.

In addition to CBP-IA’s five-year report, AntiPolygraph.org has also obtained a CBP-IA organizational chart (160 kb PDF) current as of circa 5 December 2012 and a 23 May 2013 CBP-IA memorandum by Chris Pignone, Acting Director, Investigative Operations Division and Jeffrey Matta, Acting Director, Integrity Programs Division, titled “Reminder on IPD reporting structure” (156 kb PDF). The memo notes that “the Integrity Programs Division (IPD) is the research, analysis and education component of CBP/IA.” The memo describes the director of IPD as being “joined at the hip” with IOD (Investigative Operations Division) and CAD (the polygraph unit).