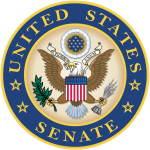 As noted by Steven Aftergood of the Federation of American Scientists’ Project on Government Secrecy, “the Senate Intelligence Committee’s markup of the 2013 intelligence authorization bill includes 12 provisions that are intended to combat unauthorized disclosures of classified information.” Among these provisions is a requirement that within 120 days of enactment, the Director of National Intelligence (DNI) provide to the Senate and House intelligence committees an assessment of:

“…the practical feasibility of extending the use of the polygraph to additional Executive branch personnel and standardizing the questions used during polygraph examinations regarding disclosure of classified information and contact with the media;”

This is a virtual invitation to the executive branch to expand polygraph screening. It seems likely that in the current political climate, any proposed expansion of polygraph screening that DNI James Clapper might recommend would be approved by Congress. Clapper has already directed that a question about disclosure of classified information to members of the media be incorporated in polygraph screening examinations conducted by US intelligence agencies.

Instead of increasing its reliance on the pseudoscience of polygraphy, Congress should be instructing the DNI to terminate it. As the National Research Council concluded in 2002,“[polygraph testing’s] accuracy in distinguishing actual or potential security violators from innocent test takers is insufficient to justify reliance on its use in employee security screening in federal agencies.”