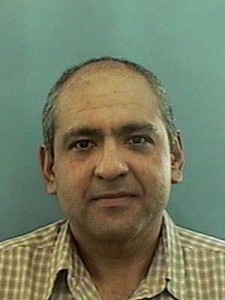 Casey Grove reports for the Anchorage Daily News that an Anchorage Police Department officer who joined the force under someone else’s name passed a pre-employment polygraph examination. The officer has been indicted for passport fraud. Federal officials allege that the patrolman, who was hired under the name Rafael Espinoza, is actually Rafael Mora-Lopez, a Mexican national not entitled to work in the United States. Regarding the polygraph, Grove reports:

Part of the ongoing investigation will look into how the Mexican national slipped through the screening process for Anchorage police officers, Mew said. For example, officers must pass a lie-detector test during the interview process, Mew said.

“As part of that, do you ask them their name?” a reporter asked Mew.

“He obviously got through the polygraph,” Mew said. “I can tell you what we generally ask, but what’s at issue is what did we ask on that day, in that interview, and we haven’t gotten to that yet.”

One can expect that the Anchorage Police Department will come up with some rationalization for why the polygraph failed to detect deception in this instance rather than face the simple truth that polygraphy is junk science.