Former Aide to Colin Powell Accused of Espionage, Fired Based on Polygraph Results 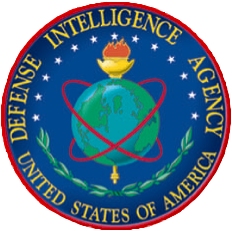 A recently filed federal lawsuit documents how a veteran intelligence officer with the Defense Intelligence Agency (DIA) was accused of espionage and summarily fired after failing a series of polygraph “tests” (a procedure roundly rejected by scientists as being without scientific basis). The following is an excerpt from the statement of complaint (160 kb PDF) filed on 7 January 2010 by attorney Mark S. Zaid in behalf of Lieutenant Colonel John Dullahan, United States Army (retired) against the DIA and others:

19. Dullahan retired from the Army in 1992 as a Lieutenant Colonel after more than two decades of distinguished military service, including airborne and Ranger training, with the 82ndAirborne Division, and combat in Vietnam as an artillery forward observer. During his career, Dullahan learned German, French, and Arabic, became both a European and Middle Eastern Foreign Area Officer, and served in various capacities for the U.S. government in Europe and the Middle East.

20. In September 1997, Dullahan returned to DIA as a civilian employee. In the course of his work for DIA, he successfully completed a polygraph examination during which no issues surfaced.

21. In early 2008 two FBI agents asked Dullahan if he would participate in a special program, subject to approval by then-Director of DIA LTG Michael Maples. In or around February 2008, Dullahan willingly participated in an FBI polygraph as a condition of his participation in the special program.

22. During the polygraph examination, the FBI examiner alleged that Dullahan’s participation in Ranger, Airborne training, and combat duty (as well as his enjoyment of hang-gliding) demonstrated “risk-taking” behavior which made him more likely to seek contact with a foreign intelligence service. The polygraph examiner accused Dullahan of meeting “Soviet handlers” when he had visited — twenty years earlier — East Germany in the early 1980s, during his U.N. assignment in Syria, and on his numerous official trips to Europe while on the Joint Staff, including trips with General Powell.

24. Both Dullahan and his wife, who was then and still remains at the time of filing a senior DIA employee, immediately reported the alleged FBI polygraph results to their respective DIA chains of command. Dullahan further requested that DIA conduct an extensive background investigation to clear his name.

25. Shortly thereafter, two FBI officials, Alexis LNU and Carlos LNU, showed Dullahan an outdated 1985 report that contained adverse accusations about his activities and informed him that they understood his probable anxiety about the incident, had no concerns with his foreign contacts, and that a second polygraph would likely resolve the issue. They opined the alleged FBI polygraph failure was unlikely to present an obstacle to Dullahan’s participation in the special program.

26. In or around February 2008, the FBI administered a second polygraph examination to Dullahan and again claimed that he “failed”. At no time before, during or after the examination did Dullahan make any admissions that could be construed as adverse to his interests.

27. Dullahan then sent separate letters to DIA Director LTG Maples and the FBI protesting what he believed was an unfair process and that the polygraph results were inaccurate. He reiterated his willingness to participate in the special program as the FBI had requested. No written responses were ever received.

28. Shortly thereafter, FBI Special Agents Alexis LNU and Carlos LNU again interviewed Dullahan. During this second meeting, the two Special Agents asked Dullahan why he had not previously reported an unspecified foreign intelligence service “offer.” Apparently, Dullahan had mistakenly typed in one of the letters referenced above the sentence “I went to the home of the Soviet offer [sic].” The word “offer” should have been “officer” and the error was being misinterpreted as if he had gone to a Soviet home and received some form of recruitment “pitch” or “offer”. Special Agents Alexis LNU and Carlos LNU now accused Dullahan of trying to conceal and/or lie about this nonexistent foreign intelligence overture. In fact, Dullahan had received no such pitch or overture but his explanation, however, appeared to fall on deaf ears.

29. On October 1, 2008, Dullahan wrote another letter to the FBI. In it, he once again protested what he believed was an unfair process and that the polygraph results were inaccurate. He again reiterated his willingness to participate in the special program as the FBI had requested. Dullahan requested a personal meeting with the deciding authority and offered to re-take another polygraph examination. No written response was ever received.

30. In November 2008, Dullahan applied for another DIA position on the Joint Intelligence Task Force Combating Terrorism. A DIA counterintelligence official informed him that the two “failed” FBI polygraphs would have to be resolved before Dullahan could receive another position within DIA.

31. On or about December 18, 2008, Scott C. and Cassie LNU, two DIA counterintelligence officers, interviewed Dullahan. They initially appeared satisfied with Dullahan’s explanations and stated that resolving the issue was likely to be a relatively simple matter of administrative action. Furthermore, they also noted that Dullahan was not the first DIA person to experience difficulties with the FBI’s polygraph examinations. They stated that the alleged FBI polygraph failures were unlikely to present a further obstacle to Dullahan’s career and expressed their belief that a DIA polygraph, which was reputedly “fairer,” was likely to clear the matter up. Dullahan willingly agreed to undertake whatever examination DIA deemed necessary to resolve the issue.

32. On February 3, 2009, Dullahan underwent a third polygraph but this time performed by a DIA polygraph examiner. The polygraph examiner informed Dullahan he detected deception. No details were provided to Dullahan to explain the polygraph results, and absolutely no adverse admissions were made by him during the course of the examination.

33. On February 17, 2009, Dullahan was placed on administrative leave and his clearance was suspended without explanation. Upon information and belief, DIA took this action based solely, or at least predominantly, as a result of the technical results of the polygraph examinations.

34. On March 17, 2009, DIA Director LTG Maples personally issued two letters stating that Dullahan’s employment with DIA was terminated and his SCI access was permanently revoked. No substantive or detailed reason was given for Dullahan’s termination or clearance revocation.

It should be noted that both the FBI and DIA have willfully ignored the 2002 finding of the National Academy of Sciences that “[polygraph testing’s] accuracy in distinguishing actual or potential security violators from innocent test takers is insufficient to justify reliance on its use in employee security screening in federal agencies.” In fact, both agencies have substantially increased their reliance on polygraphy over the past decade. In 2008, the Associated Press reported that the DIA was implementing a major increase in its polygraph program, despite the polygraph’s failure to catch the DIA’s most notorious double agent and the success of Iraqi fabricators in fooling the DIA’s polygraph operators.