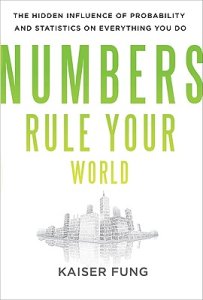 Some two weeks after MSNBC investigative reporter Bill Dedman broke the story of the Department of Defense’s new hand-held lie detector, formally dubbed the “Preliminary Credibility Assessment Screening System” (PCASS), Mike A. Glasch who writes for the weekly Reader, the official newspaper of Fort Jackson, South Carolina, picked up on the story in the 24 April 2008 issue (12.3 mb PDF). Ft. Jackson is home to the Defense Academy for Credibility Assessment, the school that trains all federal polygraphers and which developed the new “Port-A-Poly” (as one contributor to the AntiPolygraph.org message board has dubbed it):

Soldiers in Iraq and Afghanistan are getting a new tool to help them weed out potential terrorists — the Preliminary Credibility Assessment Screening System (PCASS), a hand-held device that works much like a polygraph.

James Waller, an instructor at the Defense Academy for Credibility Assessment (DACA), left Sunday [20 April 2008] for Afghanistan to train troops on how to use it.

“Right now, our Soldiers are making life and death decisions: who to let or not let on base; who to release (or) who to keep, based on gut decisions,” Waller said. “This is just one tool to be used in the screening process.”

The idea of using junk science such as this polygraph-lite to make life and death decisions is an extremely foolish one. A “tool” that is known to be unreliable should not be relied on. Troops will be better off going with their gut and disregarding the flashings of the Traffic Light of Truth.

The subject has two wires connected to his fingertips or palm to measure changes in electrical conductivity of the skin. A third wire connected to a finger measures the subject’s intervals between heartbeats. Those wires are connected to a wrist cuff, which in turn is connected via USB to the PCASS.

The subject is asked a series of yes/no questions. The interviewer punches in the responses. PCASS then measures the subject’s physiological reactions and uses an algorithm – a computer program that makes the decisions – to determine if the subject is being truthful.

“The screen will display either red, green or yellow,” Waller explained. “Red means the subject was dishonest and lying to the security questions; green means they passed the test; yellow means the device did not get enough information to make a call so we need to rerun the test.”

So you re-run the PCASS when you get a yellow light. Kind of like shaking a Magic 8-Ball a second time when it says, “Try again later.”

Soldiers will use the devices when screening local nationals (it cannot be used on U.S. citizens) applying for jobs at bases in (Operation Iraqi Freedom) and (Operation Enduring Freedom), as well as when looking for suspected roadside bombers.

“Let’s say that we had an IED that was set off. A lot of times a patrol will cordon the area off, round up people from the area and question them,” Waller said. “Using the PCASS we can test them to see if they were involved in placing the bomb or actually detonating the bomb. It’s used for troops in the field to screen out the bad people from good people who are trying to do harm to U.S. forces or our coalition forces.”

The notion that this toy can be used “to screen out the bad people from the good people” is a dangerous delusion. Polygraph “testing,” of which the PCASS is a watered-down variant, has no scientific basis to begin with. Making matters worse, the “test” can be easily passed through the use of simple countermeasures that PCASS operators have no means of detecting. A federal polygraph examiner and past president of the American Polygraph Association has in all seriousness accused AntiPolygraph.org’s George Maschke of treason for publicly pointing out this fact.

According to Don Krapohl, special assistant to the director, DACA, three scientific studies were done on the device to determine its reliability. The Army conducted two of those studies; the third was contracted out to the Battelle Memorial Institute.

“Our accuracy rate, when you set the inconclusives aside, averaged 80 percent,” Krapohl said.

Both Krapohl and Waller agree that although PCASS is not 100 percent accurate, it is better than the current options available to Soldiers in the field.

There is no scientific ground for “setting inconclusives aside” for the purpose of determining the accuracy of a diagnostic test. DACA deliberately misled DoD about PCASS’s accuracy by leaving inconclusives out of the accuracy figures reported in a PowerPoint presentation (582 kb PDF). The studies were performed under highly unrealistic conditions that DACA knows will tend to make the procedure appear more accurate than it is in the real world. Paid volunteers pretended to commit a crime and were instructed to lie about it, and they would suffer no adverse consequences for failing to pass. Examinees were questioned in their native languages, rather than through an interpreter, as they will be in Afghanistan and Iraq. No testing of PCASS’s robustness against countermeasures was reported, nor was any test-retest reliability study conducted. Why not? Because Don Krapohl and others at DACA fear the results that realistic, unbiased testing would undoubtedly yield.

“It’s not a silver bullet,” Waller said. “It’s not perfect, but of all the technologies the National Academy of Sciences agrees that the polygraph and this type of technology is the most accurate. It’s better than what the troops do now, which is basically using gut intuition.”

Waller is misrepresenting the findings of the National Academy of Sciences (NAS) report, The Polygraph and Lie Detection. The report did not characterize polygraphy as “the most accurate” lie detection technology, as Mr. Waller misleadingly asserts. The report merely notes (at p. 173) that “[s]ome potential alternatives to the polygraph show promise, but none has yet been shown to outperform the polygraph.”

Nor does the NAS report support Waller’s claim that polygraph-type testing is better than using gut intuition, concluding instead (at p. 214) that “[t]here is essentially no evidence on the incremental validity of polygraph testing, that is, its ability to add predictive value to that which can be achieved by other methods.”

“Usually when we say it is less accurate than the polygraph[,] people pay attention to that and say, ‘Why are you using it if it’s less accurate?'” Krapohl said. “We like to point out that we don’t have enough polygraphers in the entire government to satisfy the requirements over in the theater.

“Gut instinct reliability is chance (50/50) or slightly better. That’s our benchmark. How do we improve about that and make this tool widely available? It (PCASS) gives us incremental validity over what we are doing right now.”

Don Krapohl is being less than honest. Once again, as the NAS report makes clear, there is no evidence that polygraph “testing” reliably provides incremental validity over that which can be achieved by other means, such as questioning a person, considering both their answers and demeanor, taking into account such relevant facts as are known, and reaching a considered judgment. The faulty studies conducted under the auspices of DACA provide no evidence that PCASS provides any incremental validity. Krapohl and DACA have willfully ignored the NAS report’s key conclusion that “[polygraph testing’s] accuracy in distinguishing actual or potential security violators from innocent test takers is insufficient to justify reliance on its use in employee security screening in federal agencies.”