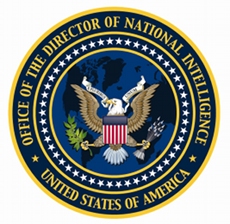 On 25 June 2012, Director of National Intelligence James Clapper announced (PDF) that he is “mandating that a question related to unauthorized disclosure of classified information be added to the counterintelligence polygraph used by all intelligence agencies that administer the examination (CIA, DIA, DOE, FBI, NGA, NRO, and NSA).”

Although Clapper’s announcement does not specify what the mandated question will be, his spokesman, Shawn Turner, told Jeremy Herb of The Hill that “officials will be asked during the lie-detector tests whether they have disclosed classified information to members of the media.”

However, the National Research Council in 2002 concluded that “[polygraph testing’s] accuracy in distinguishing actual or potential security violators from innocent test takers is insufficient to justify reliance on its use in employee security screening in federal agencies.”

The polygraph has a dismal track record when it comes to plugging leaks. In a 1982 leak investigation, members of the National Security Council (which is not covered by DNI Clapper’s recent announcement) were instructed to submit to polygraph interrogations in the course of an investigation into who leaked classified information to the New York Times. A Marine lieutenant colonel on the NSC staff, Robert McFarlane, failed the polygraph. Twice. And it nearly destroyed his career. It was only when the Times’ publisher, Arthur O. Sulzberger, himself a former marine, confirmed to President Reagan that McFarlane was not the Times’ source, that McFarlane was exonerated. The leaker was never identified, and the polygraph served only to misdirect investigators.

It should be noted that polygraph accuracy has not improved in the 30 years since that botched leak investigation. However, knowledge of how to fool the lie detector is much more widespread nowadays. See AntiPolygraph.org’s free book, The Lie Behind the Lie Detector (1 mb PDF) for details. If anything, polygraph dragnets for leakers are less likely to succeed today than they were during the botched Reagan era investigation that nearly destroyed Colonel McFarlane’s career.