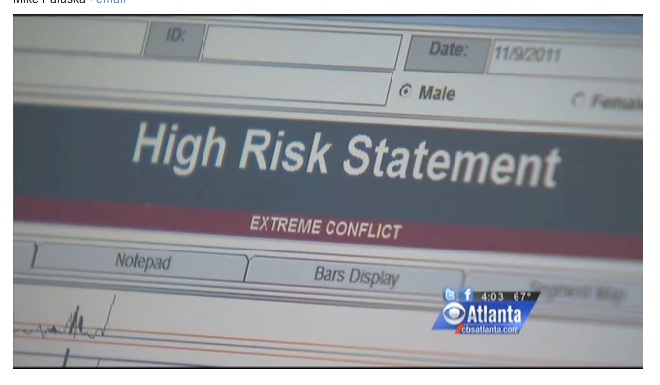 Israeli lie detector company Nemesysco has issued a press release responding to  Professors Anders Eriksson and Francisco Lacerda’s article, “Charlatanry in Speech Science: A Problem to Be Taken Seriously,” which laid bare in devastating detail the pseudoscientific nature of Nemesysco’s lie detection “technology.” It should be noted that Nemesysco’s press release opens with a misleading characterization of Erksson & Lacerda’s article:

We wish to clarify our position with regard to the so-called ‘scientific research’ written by Professors Lacerda and Eriksson and published in the International Journal of Speech, Language and the Law in December 2007, but later withdrawn.

In fact, the article has not been withdrawn, rescinded, or otherwise disavowed by the journal that published it. Rather, the publisher (rather cravenly, in our opinion) withdrew the on-line availability of the article in response to legal threats from Nemesysco’s lawyers. For background, including part of the correspondence between Nemesysco and the publisher, see Nemesysco Founder Amir Liberman Is a Charlatan on this blog.

The “Ministry of Truth” blog, which has been following the  saga particularly as it pertains to the use of Nemesysco’s lie detection software in the United Kingdom (where it is marketed as “Voice Risk Analysis”), provides a point-by-point critique of Nemesysco’s press release.

See also Professor Lacerda’s 12 March 2009 blog entry, LVA-technology and Nemesysco’s official statement, in which he responds to an earlier released statement by Nemesysco in response to his and Professor Eriksson’s article. END_OF_DOCUMENT_TOKEN_TO_BE_REPLACED

Amir Liberman, the founder of Nemesysco, an Israeli company that internationally markets voice based lie detectors that simply don’t work, successfully pressured an academic journal into withdrawing the Internet availability of a peer-reviewed article that exposes Liberman’s lie detection “technology” for the pseudoscientific flapdoodle that it is.

Swedish linguists Anders Eriksson and Francisco Lacerda co-authored an article titled “Charlatanry in Speech Science: A Problem to Be Taken Seriously” that was published in the International Journal of Speech, Language and the Law (vol. 14, no. 2 [2007]). Eriksson & Lacerda review several voice-based lie detectors, including Nemesysco’s “Layered Voice Analysis” (LVA) which the U.S. military’s Special Operations Command has purchased and the Los Angeles County Sheriff’s Department is considering adopting. A variant of LVA customized for security checkpoints has reportedly been trialled at Moscow’s Domodedovo International Airport.

Eriksson & Lacerda point out that so-called “thorns” and “plateaus” — characteristics of digitized voice recordings that Nemesysco claims reflect emotional states — are merely artifacts produced by the digitization process! With regard to the LVA software, Eriksson & Lacerda note:

Contrary to the claims of sophistication — ‘The LVA software claims to be based on 8,000 mathematical algorithms applied to 129 voice frequencies’ (Damphousse et al. 2007: 15) — the LVA is a very simple program written in Visual Basic. The entire program code, published in the patent documents (Liberman 2003) comprises no more than 500 lines of code. It has to be said, though, that in order for it not to be possible to copy and run the program as is, some technical details like variable declarations are omitted, but the complete program is unlikely to comprise more than 800 or so lines. With respect to its alleged mathematical sophistication, there is really nothing in the program that requires any mathematical insights beyond very basic secondary school mathematics. To be sure, recursive filters and neural networks are also based on elementary mathematical operations but the crucial difference is that these operations are used in theoretically coherent systems, in contrast to the seemingly ad hoc implementation of LVA.