The NSA (@NSAgov) has blocked AntiPolygraph.org (@ap_org) from following and viewing the NSA’s tweets:

Curious about what may have prompted this action, we used Google to search twitter.com for matches including both “ap_org” and “NSAGov.” We found two replies that we posted to tweets the NSA made on 9 July 2018. Here is the first reply: 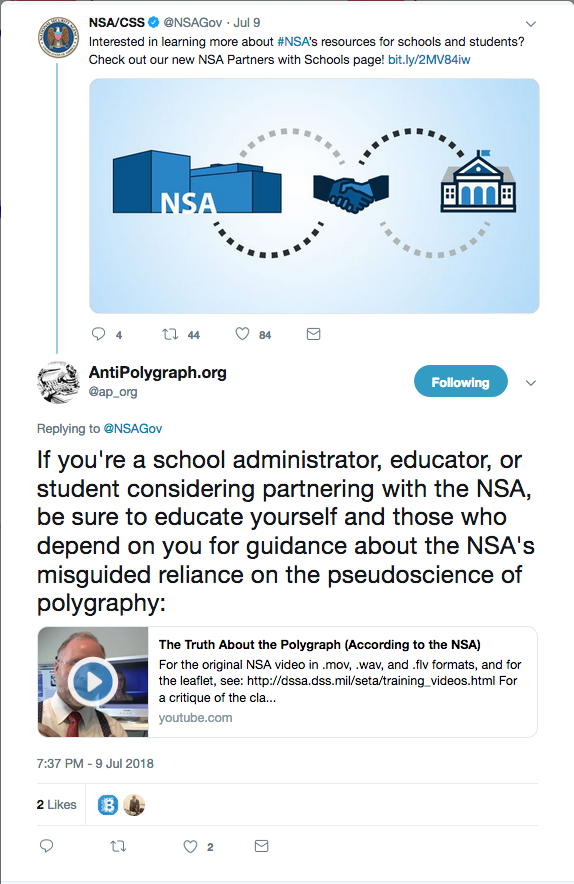 And here is the second reply: 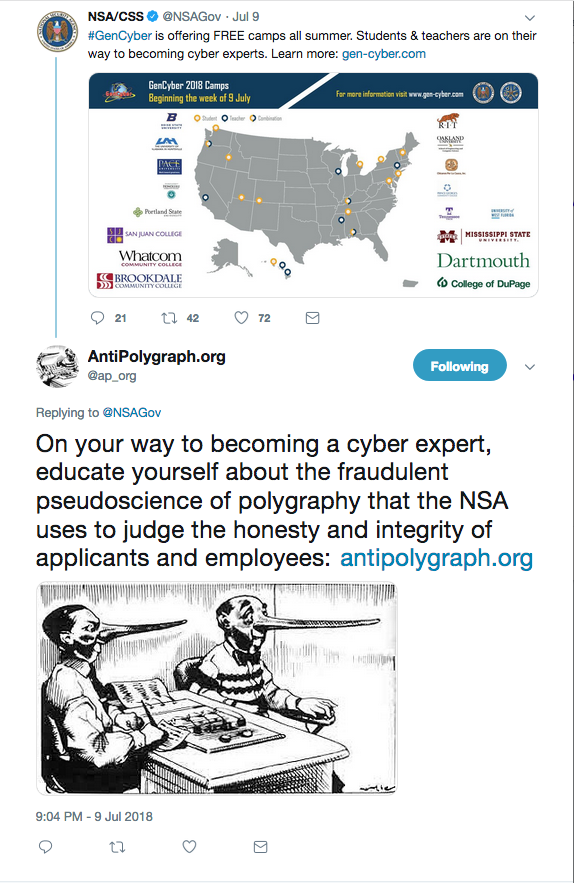 We have asked the NSA to explain why they blocked us and will share their reply with an update here when received: 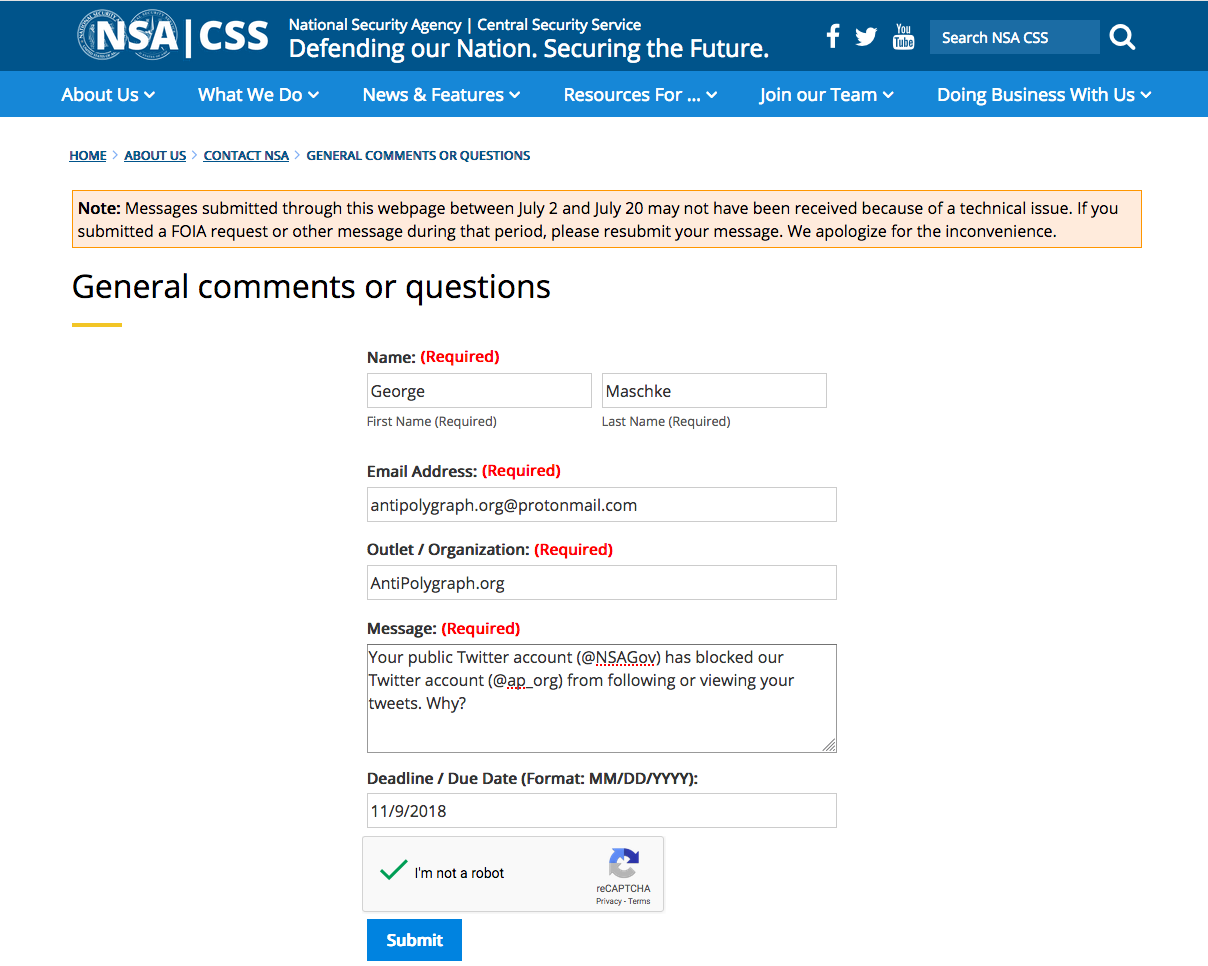 Update (12 November 2018): The NSA has not responded to our inquiry and continues to block AntiPolygraph.org on Twitter.

Update (17 February 2020): The NSA has recently unblocked AntiPolygraph.org on Twitter, after having blocked us throughout 2019. The NSA never responded to our inquiry regarding the reason for the block.