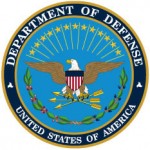 AntiPolygraph.org has received a copy of a Department of Defense (DoD) e-mail and attachments (4.4 MB PDF) documenting senior officials’ reaction to McClatchy reporter Marisa Taylor’s investigative series on the National Reconnaissance Organization’s (NRO’s) polygraph practices. Taylor reported that NRO is “pressuring its polygraphers to obtain intimate details of the private lives of thousands of job applicants and employees, pushing the ethical and legal boundaries of a program that’s designed instead to catch spies and terrorists.”

On Wednesday, 11 July 2012, Frank Maietta, who holds the title of Deputy Branch Chief, Credibility Assessment at the Defense Counterintelligence and Human Intelligence Center (DCHC) forwarded an e-mail from Troy “Toby” Sullivan, the director of counterintelligence in the Office of the Under Secretary of Defense for Intelligence (OUSD(I)) to a group of addressees. Titled “NRO Press Article,” Sullivan’s e-mail suggests that a team of individuals be formed to visit NRO and talk about the McClatchy articles.

Sullivan’s e-mail includes (at pp. 4-6 of the PDF) a 3-page document prepared by Michael Porco, Deputy Director, Counterintelligence Functional Services, OUSD(I) summarizing the McClatchy articles. Importantly, Porco’s memo flatly contradicts the NRO’s statement to the McClatchy that a November 2011 on-site inspection of the NRO polygraph program found it to be “in full compliance with [federal] policies and procedures.” Instead, Porco reveals:

During the period November 15-17, 2011, National Center for Credibility Assessment (NCCA) Quality Assurance Program personnel reviewed the program’s activities for the previous two years pursuant to DoD policy. The only discrepancy noted was the improper use of comparison questions.

Comparison questions are a necessary component of polygraph testing. They are a technical aspect of the test and are utilized only for diagnostic purposes; they are not evaluated to determine truth or deception nor are they included in formal agency reports

The asking of these questions and their discussion with the examinee could elicit responses from an examinee that would not be consistent with established DoD protocols, therefore their use was directed to be discontinued. These questions were used during the time period of October 2010 – December 2011.  NRO subsequently concurred and terminated the use of these questions.  There was no indication that this practice continued outside the time frame stated above.

Indeed, the aforesaid “comparison” questions (also called “control” questions) seem designed to elicit precisely the kind of personal information that McClatchy reported was being improperly collected at NRO. This raises the question, who ordered the use of these home-brewed control questions and why? This is a question that NRO Polygraph Program Manager Michael McMahon should be required to answer.

The DoD e-mail also also includes (at pp. 7-10 of the PDF) the “final draft” of a memorandum titled “Deterring and Detecting Unauthorized Disclosures, Including Leaks to the Media, Through Strengthened Polygraph Programs” that was to be sent to Director of National Intelligence James Clapper for signature.

AntiPolygraph.org welcomes commentary regarding these documents.