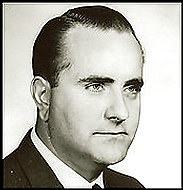 The Washington Post reports the passing of Chris Gugas, Sr., a founding member and past president of the American Polygraph Association who worked for the CIA in the early 1950s. Mr. Gugas died of congestive heart failure on 20 October 2007. The most prominent of his more than 40,000 polygraph examinations was that of James Earl Ray, the man convicted for the 1968 assassination of civil rights leader Dr. Martin Luther King, Jr. Gugas judged Ray deceptive.

Update: The Los Angeles Times has also published an obituary.