AntiPolygraph.org Home Page > Reading Room The following is a transcript of an untitled videotape produced by the U.S. Department of Energy regarding its counterintelligence polygraph program and obtained by AntiPolygraph.org under the Freedom of Information Act. 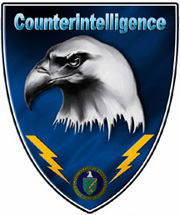 EDWARD J. CURRAN: My name is Edward Curran. I am the director of counterintelligence in the Department of Energy. I have served in that position since February 1998 as a result of the Presidential Decision Directive asking that a complete review of the counterintelligence program at DOE take place. We did that. We've made numerous recommendations to the Secretary, all of which have been approved. One of those is the polygraph, which obviously is the most controversial at DOE. I have asked that this video be made to provide to you prior to taking your examination so you know in fact everything that's going to happen to you during that process.

We have gone out of our way to hire the best and the most qualified and experienced examiners in the polygraph field today. We have the state of the art polygraph equipment, and we have a quality control assurance program that is second to none in the United States government. We're asking -- at the end of each test, we ask you to provide me with your personal comments as to the manner in which the test was conducted and the way you were treated. I thank you for your cooperation.

[Fade to black. New scene. KOAT TV News, Albuquerque co-anchor Diane Anderson stands in the sunlit foyer of the Department of Energy Test Center in Albuquerque, NM; motivational background music begins and continues on and off throughout video.]

DIANE ANDERSON: You've been asked to take a polygraph. You've got a lot of questions, and you've heard some rumors. We're here at the Department of Energy Test Center at Albuquerque, New Mexico. We're going to address those concerns. And helping me do that is Jack Trimarco, the inspector general for the DOE polygraph program. Hi, Jack! Thank you.

JACK TRIMARCO: I'm going to be answering those questions and I'll dispel some of those rumors, so why don't we go upstairs.

[They speak while climbing stairs to second floor.]

DIANE ANDERSON: Why the sudden increase in the need for a polygraph test?

JACK TRIMARCO: The President and Congress signed into law a requirement that certain individuals at the Department of Energy would be polygraph tested.

DIANE ANDERSON: You know Jack, there have been some rumors, some concern, about the reliability of the polygraph.

JACK TRIMARCO: Well, most of the misinformation regarding polygraph is going to be found on the Internet. Everything that you need to know about polygraph testing will be covered with you by our examiners, who are, by the way, the best in the world. Obviously, we need you to be 100% truthful to the security questions, but all the questions will be reviewed with you before the testing process begins.

DIANE ANDERSON: So there's really no reason to worry?

JACK TRIMARCO: Polygraph does not have to be a stressful situation.

DIANE ANDERSON: So it's really not an interrogation? Because I think that that would make most people pretty nervous.

JACK TRIMARCO: It's not an interrogation at all. Typically, we have two groups of people that come to the facility to be polygraphed: people who are eager to take the exam because they have nothing to hide and, of course, the small minority of people who show up who feel that they do have something to hide. And so what we've got is um... nervous people.

DIANE ANDERSON: On both sides.

JACK TRIMARCO: Both sides. Two groups of people equally nervous for two completely opposite reasons. The polygraph is being used by program managers along with other factors in determining whether you should have access to classified information.

This is our examination room. Let me show it to you. Diane, please have a seat.

[They enter the examination room. Diane Anderson sits in what appears to be a Lafayette Model 76871 Adjustable Arm Subject's Chair in the corner of the polygraph room furthest from the door, with her back and left side to the wall. To her right is a white desk on which sits what appears to be a Lafayette LX 3000 Computerized Polygraph System. Two sheets of paper are also placed on the desk. Jack Trimarco sits behind the desk in a wheeled, cushioned, revolving office chair with low back and arm rests.]

DIANE ANDERSON: So Jack, is there anything I can do to prepare to take the exam?

JACK TRIMARCO: Actually, there is. You can get a good night's sleep the night before. We'd like you to show up about fifteen minutes early at the test center, where you'll be greeted by one of our administrative assistants.

[Fade to female assistant taking photograph of male using a digital camera with LCD display, then back to the polygraph room.]

She'll take your photograph, and then she'll escort you to an examination room very similar to this one. You'll meet the polygraph examiner, and he'll answer any questions that you might have. He'll also present you with two forms. [He handles the two sheets of paper on the desk.] One is a medical certification form and the other a polygraph examination consent form.

All the questions that'll be on your test require a "yes" or a "no" answer and will be reviewed with you prior to the examination. If there's something about a particular question that causes you to feel uncomfortable, or you're not sure about the question's meaning, I encourage you to discuss it with your examiner.

DIANE ANDERSON: What types of questions will be asked?

[Fade to a photo collage of a polygraph chart and polygraph instrument attachments which serves as a backdrop for a bullet list of the security questions, with each item appearing as Mr. Trimarco mentions it.]

[Fade back to polygraph room.]

DIANE ANDERSON: [pointing to polygraph attachments laid out on the desk] Do you use all this equipment in the actual test?

JACK TRIMARCO: Yes, Diane. All the equipment in this room will be used during your polygraph examination. It all has a purpose and will be used.

[Fade to Test Center control room. A man sits behind an array of five video display monitors, taking notes on a sheaf of papers. Each screen is vertically divided, with a graphic depiction of the recordings taken by the polygraph instrument on the left side, and a full-body view of the seated subject, taken from above and to the front, on the right side of the screen. The view of the feet of some subjects is obscured by their knees.]

Prior to the security screening test, the acquaintance test will be conducted.

[Fade to the picture on the lower left video monitor. The polygraph tracings being recorded by the polygraph instrument are seen scrolling on the left side of the screen.]

This test acquaints you with testing procedures that are used to record a baseline of your response capability when you tell a deliberate lie and when you tell the truth.

[Fade to a full-screen view of the polygraph tracings taken from the computer monitor (only the GSR and Cardio channels showing), then fades back to the control room with the five monitors.]

Therefore, on the acquaintance test, you'll be asked to lie to a question and tell the truth to other questions.

The entire acquaintance test will be explained prior to your examiner conducting the test.

[Fade back to room in which Jack Trimarco and Diane Anderson are seated. She nods as he speaks.]

Diane, the key to remember is that if you have a question, ask it.

[Fade to woman seated in polygraph chair, attached to sensors. She faces camera, and calmly answers questions as the polygrapher attentively watches his computer screen.]

We've made a concerted effort to make the DOE polygraph program the best program in the U.S. Government.

We have state of the art polygraph equipment and facilities. All polygraph tests are subject to an intensive quality control process.

[Fade back to woman seated in polygraph chair; fade to polygrapher seated behind computer monitor.]

The QC program in Department of Energy [sic] is one of the best and most intensive in the federal government. All polygraph tests are subject to direct supervision.

[Fade to man who exits a room and walks down a corridor carrying a sheaf of papers.]

If at any time you feel you're being mistreated, ask for a polygraph supervisor.

[Fade back to seated woman subject and male polygrapher; a smile crosses his lips as he speaks.]

All steps were taken to make the results of your polygraph testing the most accurate -- and reliable -- within the federal government, and to make your experience a positive one.

[Fade back to Jack Trimarco and Diane Anderson walking down the stairs they had come up earlier.]

Diane, I want you to remember that no one's questioning your loyalty or your patriotism to the United States. Polygraph is just one means by which the Department of Energy can determine that their faith and confidence in you is well placed.

DIANE ANDERSON: Well, thanks for answering my questions. You know, it helps to have a better understanding of the whole polygraph process.

DIANE ANDERSON: Thanks. [She smiles.]

The producers would like to thank
the following for their participation
In the making of this video:

Edward J. Curran
Federal Bureau of Investigation
was on detail to the
Department of Energy as the
Director, Office of Counterintelligence
1998-2000

Caroline Barnes
Federal Bureau of Investigation
is on detail to the
Department of Energy
as the Acting Director,
Office of Counterintelligence.

Technical and administrative assistance
for the video was provided
by the following members of the
DOE Office of Counterintelligence:

Transcription and HTML by AntiPolygraph.org